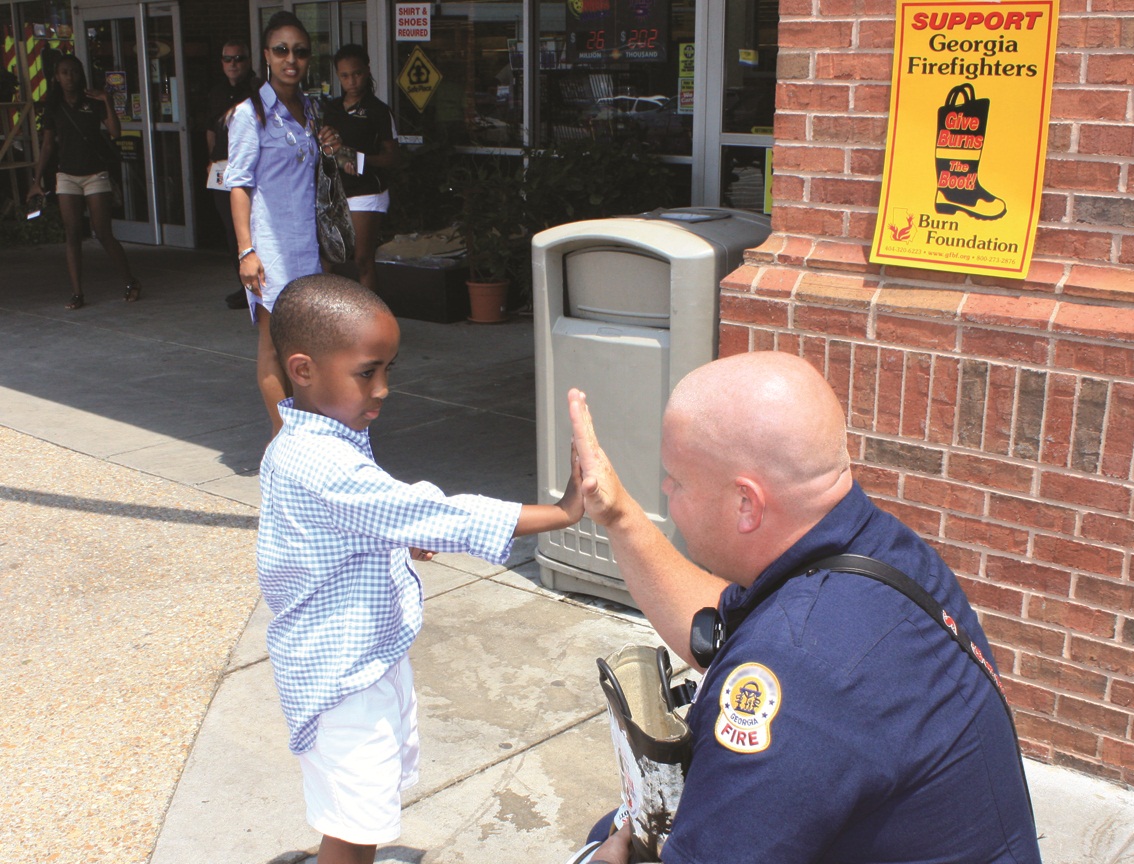 An American flag donated from U.S. Air Force members serving in Iraq sits signed and framed in the office of the Georgia Firefighters Burn Foundation (GFBF). That flag is a token of appreciation, but also a symbol that the organization can have an impact on many lives beyond those it directly serves.

GFBF received the flag because Air Force members overseas adopted the organization as their charity of choice. One of those servicemen advocated for the organization after he had attended Camp Oo-U-La, GFBF’s flagship event, as a child. Camp Oo-U-La is an annual week-long camp for over 100 burn-injured children to forge bonds, share experiences, and receive emotional support. At the camp many children gain the courage to stop hiding their scars when joining in activities. But executive director Dennis Gardin adds “we encourage them that it’s ok to do this back home too, and enjoy the pool with their friends.”

In addition to Camp Oo-U-La, GFBF organizes peer support networks for burn victims and families offering them a forum to speak and be heard. GFBF works with the Grady Burn Center in Atlanta and the JM Still Burn Center in Augusta by donating equipment, organizing housing for patients’ families, and hosting holiday parties. GFBF also focuses on fire prevention by partnering with local Georgia fire departments to coordinate programs in the community and in schools.

Since its creation in 1982, GFBF has received much recognition in the community including from Home Depot, Wells Fargo, Rotary International, and even a mention on ABC’s 20/20 news program. Pro Bono Partnership of Atlanta’s volunteer attorneys have worked on various projects with GFBF along the way ranging from reviewing bylaws to revising camp application forms. Gardin appreciates Pro Bono Partnership of Atlanta’s work with GFBF. “They educated us about things that never crossed our minds. . . . I could do a commercial about Pro Bono Partnership, but I couldn’t fit in all the great things I have to say in 30 seconds.”