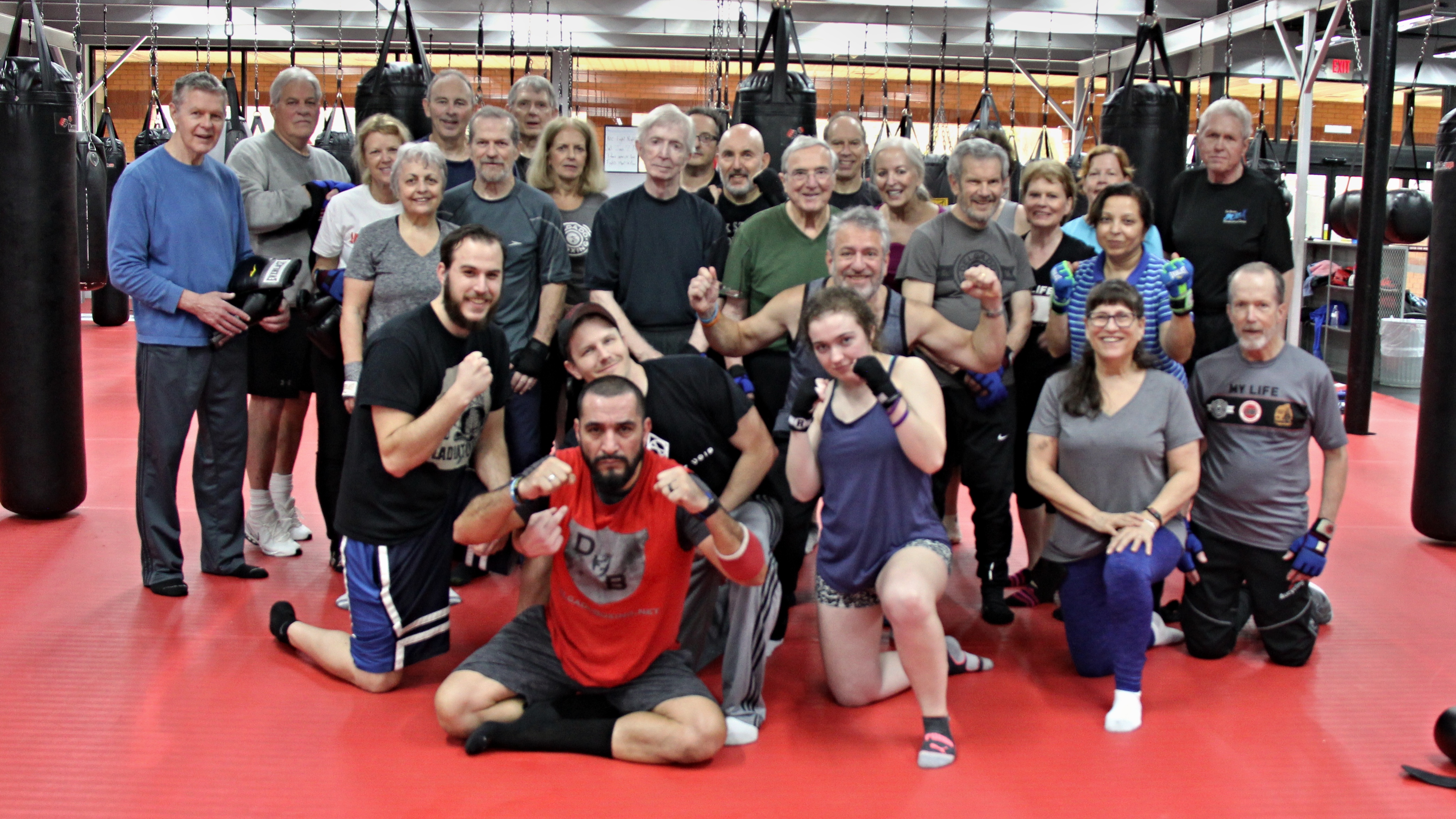 Discovering that you have Parkinson’s Disease can be devastating. Larry Kahn knows first-hand; his own diagnosis came in 2010. PD is an incurable, progressive neurological disease and, until five years ago, most people receiving this diagnosis viewed it as a death sentence. To Larry, an author and corporate attorney, the thought of slowing down didn’t sit well. Then he discovered something that was not widely known: emerging research suggested vigorous exercise can combat Parkinson’s progression and improve quality of life.

In January 2014, with this knowledge in hand, Larry founded PD Gladiators. Its mission: combat Parkinson’s with vigorous exercise. The organization developed a network of independent fitness instructors, including the YMCA of Metro Atlanta, who take specialized training and offer fitness classes modified for individuals with Parkinson’s Disease that are both effective in treating the disease and sustainable. Classes include non-contact boxing, tai chi, yoga, dance and general fitness. Through the exercise programs, participants across Greater Atlanta become connected to others managing the disease. This support network is another critical component of PD Gladiator’s success.

In the summer of 2014, PD Gladiators became a Pro Bono Partnership of Atlanta client. Over the next few years, Senior Corporate/Tax Counsel Robyn Miller and PBPA volunteers advised Larry and PD Gladiators on worker classification, contracts and liability releases with local fitness providers, fundraising and sponsorship agreements, and volunteer management. 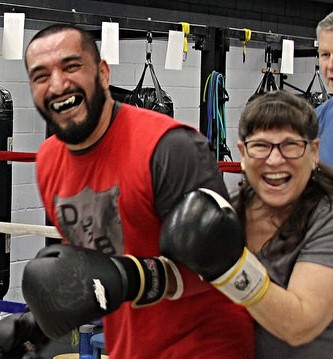 In 2016, PD Gladiators approached PBPA about merging with a national organization that serves people with Parkinson’s. It was a good prospect for advancing the mission with additional resources and program support. PBPA enlisted Brian Galison, Christie Jones, and Jay Collins from Nelson Mullins Riley & Scarborough to guide Larry and his board through the process. Unfortunately, the merger fell through when the two organizations could not agree to terms.

As the merger was being finalized, Larry wrote to Brian Galison and Christie Jones at Nelson Mullins, “I cannot express enough my gratitude, which is shared by our Board of Directors, for your pro bono assistance and to Nelson Mullins and Pro Bono Partnership of Atlanta for facilitating your good work. You have guided me through two of these transactions in the last couple of years with patience, expertise, humor and kindness, and you never made me feel less important than a paying client, although I have tried my best not to take unfair advantage of your generosity. Thank you for everything–your efforts have saved a program that hundreds of people with Parkinson’s disease love and have made my efforts over the past five years lasting and worthwhile.”