A group volunteers and athletes in Alpharetta.

“Play tennis, make friends, live life” is the simple 3-prong motto that Special Populations Tennis Program abides by to enrich lives through the sport of tennis. “Special Pops Tennis” accomplishes this motto by providing free tennis training for children and young adults with intellectual disabilities, allowing them to be a part of the expansive tennis community in the Atlanta area and giving them skills and lifelong friendships.

Founded in 2005, Special Pops Tennis connected local tennis enthusiasts who had worked with Special Olympics with year-round coaching opportunities. The organization began with 26 athlete participants at three sites in Gwinnett, Fulton, and Cobb counties. Thirteen years later, Special Pops Tennis is making large strides in fulfilling its mission to provide life skills and friendships through the sport of tennis to more than 650 athletes at 15 sites. Tennis players from throughout the Metro Atlanta area volunteer with Special Pops Tennis and build relationships with the inspiring athletes.

Unfortunately, not all athletes interested in playing tennis have the immediate resources. As far as Special Pops Tennis is concerned, there should be no barriers between an athlete’s desire to play tennis and his or her ability to do so. The organization provides racquets and all other equipment for those who do not have their own, and even provides gently-worn athletic clothing and tennis shoes when needed.

Special Pops Tennis has multiple levels at which athletes can choose to participate. There are Spring Training Academies, where the athletes choose a tennis-related goal and the coaches work to ensure the athlete is able to meet his or her goal by the end of the training season. Athletes can choose to participate in Spring Training just for the sake of playing recreationally, or they can enroll to prepare for the Special Olympics Georgia Summer Games. Athletes can also participate in the Special Populations Unified Doubles (SPUD) Tennis League, which allows them opportunities to play on a doubles team with a “unified partner,” typically a traditional local tennis player, and compete against similarly-skilled athletes on other teams. 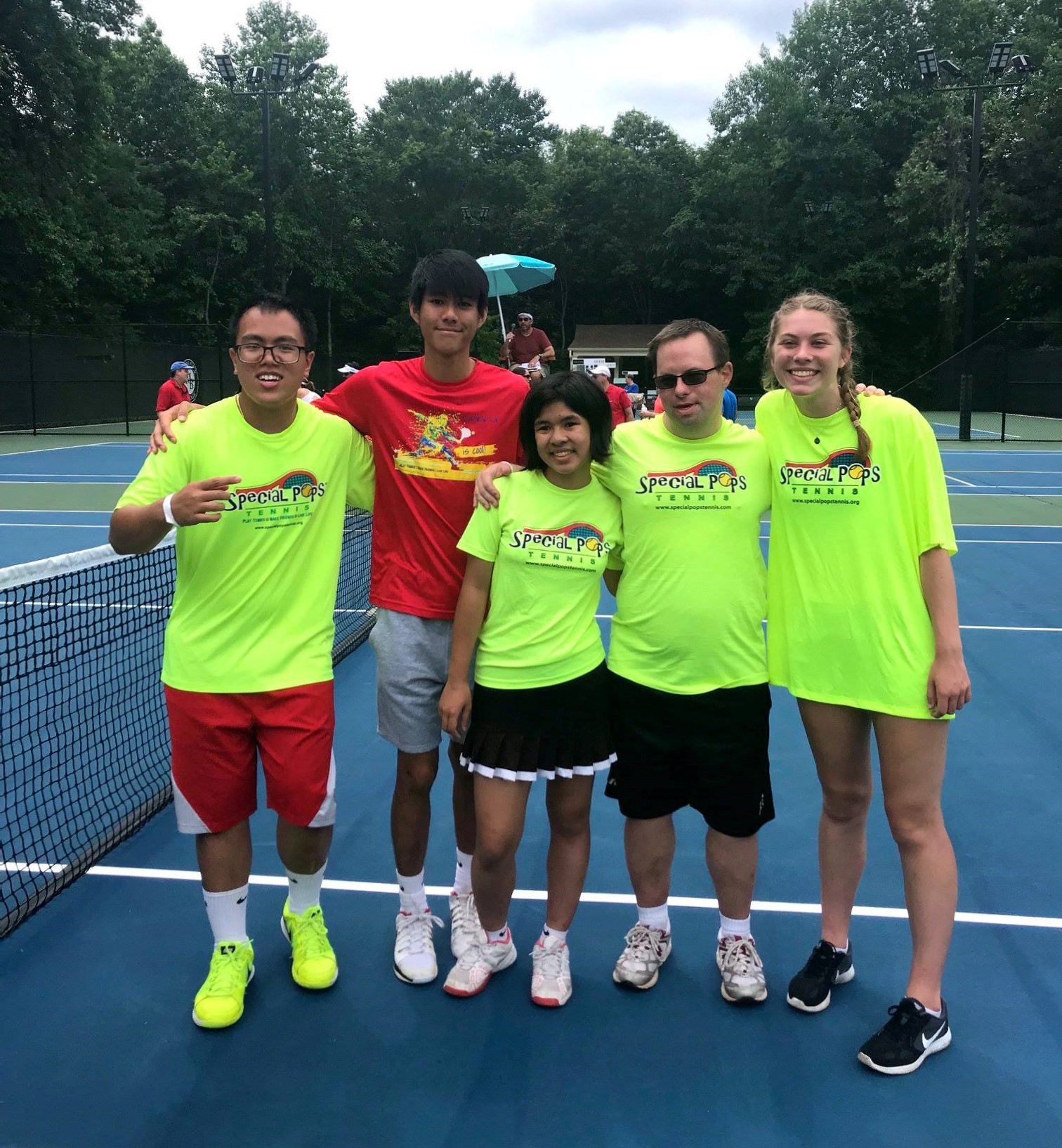 A group of athletes and volunteers at a tournament.

In addition to athletic training, Special Pops Tennis provides their athletes in Atlanta with opportunities to make friends not only in their own communities but also in other cities throughout the country. Coaches travel with the athletes to tournaments spanning the U.S., allowing the athletes to expand their friendships and explore new cities. The athletes are placed in tournament divisions according to the Special Olympics North America rating system and play similarly-skilled athletes. Recently, several organization members and athletes traveled to Montgomery, Alabama, where the athletes had a blast competing and made many new friends along the way. Parents are welcome to travel with their children to tournaments, but many parents who are familiar with the organization stay back and let their children travel with the coaches. Tournaments allow athletes to enhance their social skills, make friends, and build confidence through these new relationships; and travel experiences can be life-altering for many of the athletes.

A recent success came from the Special Olympics Georgia Summer Games, where an athlete competed after training with Special Pops Tennis for three years and won his division. This athlete was accepted to Clemson’s highly-selective adaptive curriculum program, which only accepts twelve students per school year. His parents wrote a heartfelt letter to Special Pops Tennis sharing that the organization had changed his life and provided him with life skills, confidence, and friendships that he would not have had otherwise.

As the Executive Director, Jim’s primary concern is finding ways and means for Special Pops Tennis to continue to grow strategically. His top priority is and always will be ensuring that the organization serves the athletes in a meaningful manner. His hope is to foster an inclusive organization with a strong foundation so that it can continue well beyond its current staff members. In every decision as the Executive Director, Jim pauses to ask “what is best for the athletes?” If it is not in their best interest, the choice is simple – it is not the right call. 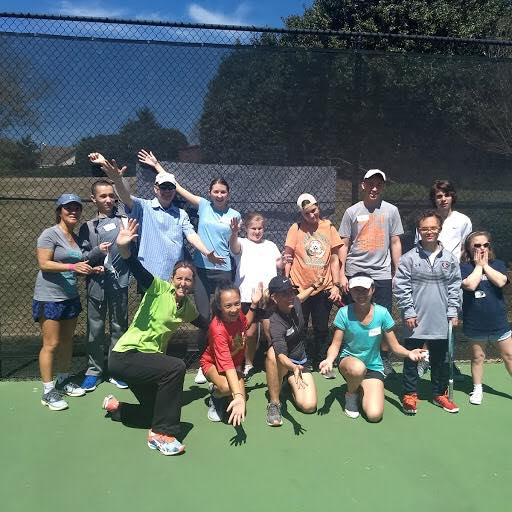 A group of athletes and volunteers in Alpharetta.

Special Pops Tennis found out about Pro Bono Partnership of Atlanta through the Georgia Center for Nonprofits and has been a client for two years. According to Executive Director Jim Hamm, this partnership has allowed Special Pops Tennis access to legal services that it either would have gone without or that would have greatly detracted from the organization’s ability to provide the highest quality experience for the athletes. Thanks in part to pro bono legal services, Special Pops Tennis was able to dedicate funding to opening 15 locations and now serves a far greater number of athletes than any other similar organization in the nation.

Jim feels indebted to his PBPA staff attorney, Lori Shapiro, sharing that “Lori has been terrific in guiding us through the process. All of the attorneys who have given their resources have been absolutely spot on in understanding who we are and bringing their expertise to the table to help us be more aligned with a best practice organization.”

Jim spotlighted Erin Reeves McGinnis from Nelson Mullins who helped create and refine Special Pops Tennis’ policy and procedure manual. Jim could not believe the effort Erin dedicated to the project and was overwhelmed by the quality of her work. Most importantly to Jim, she understood their mission so well that he felt as if she was a part of the Special Pops Tennis community.